SWS and Pulse Asia in violation of the Fair Election Act?

ARE the Social Weather Stations (SWS) and Pulse Asia in violation of the Fair Election Act (Republic Act No. 9006)? While it is true that  SWS managed to make section 5.4 of the act declared unconstitutional, which means they can publish surveys even up to election day, they're still not complying with important provisions of the law--those stipulated under sections 5.2 and 5.3.

Sec. 5.2 of Rep. Act 9006 stipulates that the following information be provided with every published election surveys:


(a) The name of the person, candidate, party or organization who commissioned or paid for the survey;
(b) The name of the person, polling firm or survey organization who conducted the survey;
(c) The period during which the survey was conducted, the methodology used, including the number of individual respondents and the areas from which they were selected, and the specific questions asked;
(d) The margin of error of the survey;
(e) For each question for which the margin of error is greater than that reported under paragraph (d), the margin of error for that question; and
(f) A mailing address and telephone number, indicating it as an address or telephone number at which the sponsor can be contacted to obtain a written report regarding the survey in accordance with Subsection 5.3.

Former Sen. Kit Tatad recently charged that polling firms have been in violation of the Fair Election law for refusing to abide by the full disclosure provisions of said law. SWS and Pulse Asia, he said, have been committing election offenses for failure to publish all needed data to enable public determination of the reliability of survey results. Despite repeated formal requests, the former senator says that SWS refuses to provide all the legally required information on questionnaires, methodologies, sponsorships, etc. as Pulse Asia insists on keeping its sponsors 'confidential.'

An important as the provision in section 5.2 is the one stipulated in section 5.3, which requires no less than RAW DATA from the survey firms. The relevant part of the one-paragraph section goes as"

"The survey together with raw data gathered to support its conclusions shall be available for inspection, copying and verification by the COMELEC or by a registered political party or a bona fide candidate, or by any COMELEC-accredited citizen’s arm."

Electoral survey firms are not supplying raw data either. What is more disturbing is how the Commission on Elections seems to be ignoring the violations. This has prompted Sen. Tatad to formally ask COMELEC  en banc to enforce the Fair Election Act on SWS and Pulse Asia, along with other polling firms. 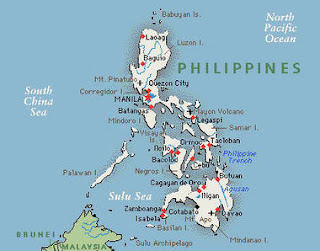 It does not take much gray matter to figure out why the law asks polling firms to provide the public with raw data and other information such as the methodologies and questionnaires used, along with sponsorships. Unverifiable, unreliable surveys fed into the public consciousness constitute a dangerous tool of poll trending. Instead of merely measuring voting preferences and  other forms of opinions and perceptions, false survey results can serve as a tool of electoral bandwagon/trending conditioning to favor certain candidates.

Surveys play an important role in modern-day democracies. However their misuse becomes a dangerous tool of controlling public opinion that is counter to the essence of the concept of fair play and empowerment of the people. The Fair Election Act clearly requires SWS and Pulse Asia to make their survey information public but they chose to be secretive about certain data. It does not take a lawyer to see the survey poll bodies' electoral offense. So why is COMELEC not implementing the law?

Perhaps, a better question is why the survey firms continue to refuse to disclose the required information. In the current presidential race, the pre-electoral surveys of both SWS and Pulse Asia almost decisively and consistently show Liberal Party's Noynoy Aquino as front-runner. By opting to be secretive in apparent violation of the R.A.9006, are these two mainstream survey outfits actually trending for the yellow candidate? Nagtatanong lamang po.

An act to enhance the holding of free, orderly, honest, peaceful and credible elections through fair election practices.  February 12, 2001.  http://www.lawphil.net/statutes/repacts/ra2001/ra_9006_2001.html

There is no ban on publication of election survey results. 23 April 2010. http://www.sws.org.ph/fel-news.htm