Psychic Predictions on Estrada and Arroyo, the US, Obama & the world

Warning: Only for those who take psychic "predictions" not to heart.

The decade was the mid-1980s when I watched the documentary on Nostradamus' predictions, the much acclaimed The Man Who Saw Tomorrow. Much of its contents had already slipped my mind (until I recently decided to revisit the movie via YouTube) but based from the presentation, I remember telling myself then that the French seer has a near-prophetic accuracy at foretelling the future, and that he has some rather dire predictions in store for the modern humans. I wasn't inclined, however, to buy his predictions hook, line and sinker. While I was try to keep an open mind as a matter of "scientific thinking" policy, I'm not the gullible type because I always seek valid evidence before getting myself to believe anything. 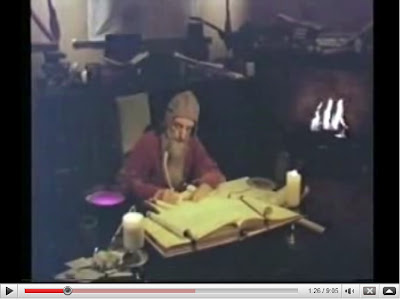 One of Nostradamus astounding predictions shown in the film is the supposed devastation of the world being brought about by a nuclear war instigated by a Muslim leader from the "East." As show in the film, the man, clad in an apparently Muslim garb with blue turban, will launch a nuclear weapon targeting the United States of America. Keep in mind that the year this was shown was the 1980s and that at the time, the "enemy" of the US was no other than the communist superpower Union of Soviet Socialist Republic. Back then, any Muslim country being able to stand up to the US was unthinkable. Moreover, the Cold War had every country and everyone fearing that the end of the world would come via a nuclear missile exchange between the two superpowers. 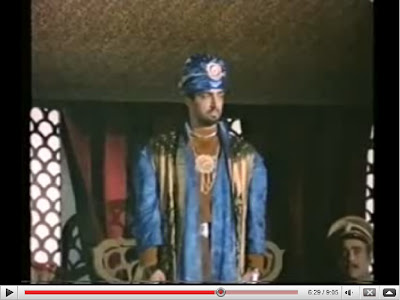 As history would later unfold, the improbable happened when the once indivisible USSR and its communist bloc began disintegrating, beginning in the late 1980s. Was this historical development a proof of the accuracy of Nostradamus' predictions?

Predictions of an "Apo" 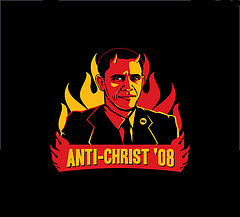 Amidst numerous internet sites insinuating, if not actually naming Democratic standard bearer Barack Obama as the next "anti-Christ" mentioned in Nostradamus quatrains, I ventured to seek a more "enlightened" interpretation of the Nostradamus predictions that potentially relates to Obama and the future of the world. I then set out to "consult" with a low-profile psychic I've heard about for years. I've been aware of his political predictions on the Philippine scene--which I constantly question in my mind but most of which have so far proved to be true.

Ever since the Edsa 2 coup that deposed the constitutionally elected Joseph Estrada and catapulted the power grabbing Gloria Macapagal Arroyo to the presidency, I must admit I have been hoping for some news or "predictions" that would rectify this grave political sin against the Filipino people. Apo, however, would consistently predict that the fake "President" Arroyo would continue her hold on power--despite the pro-Estrada Edsa 3 failed revolution, numerous coup rumors and attempts, and electoral exercises, particularly the 2004 elections (which official results declaring Arroyo's win over opposition bet Fernando Poe Jr. proved to have been rigged by a conspiracy among Arroyo, certain Comelec and military officials, administrations senators and congressmen, and perhaps even the NAMFREL "watchdog").

Apo has very interesting things to say on both the Philippine and American political scenes, and the world in general. What will happen in America in the next months or years, it seems, will gravely impact on world developments. Well, the United States being the sole remaining superpower, it's hardly surprising that developments in the US influence events in other parts of the globe. 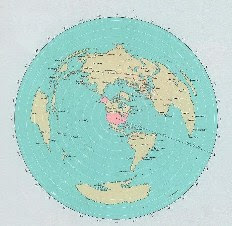 The Democratic ticket led by Barack Obama will most likely win the November elections, says Apo. The final vote tally will yield an approximately 33 percent lead over the Republican tandem of McCain and Palin. Unfortunately, there's a second, unpalatable part of this prediction. Barack Obama's presidency will be marked by pronounced materialism. Contrary to Obama's apparent idealism, his latent materialist agenda will surface once he takes over the administration of the USA.

There's much more. The low-key psychic says that Obama's win will signal the beginning of the world era of much difficulty and chaos. The global recession obtaining at the moment will not be resolved by the new administration, and instead, will deteriorate into a world crisis. Also, Obama will supposedly befriend, or be befriended by, a political figure of a Muslim state--an association that would somehow adversely impact on President Obama's foreign affairs and domestic policies. Apo says that Nostradamus' dire predictions for the US and the world could likely come to fruition under the Obama presidency (He did not elaborate so I'm not sure what particular Nostradamus quatrain he refers to, but I'm wondering whether he meant the scenario of that Middle Eastern man with blue turban bringing terror to the West as depicted in The Man Who Saw Tomorrow movie).

Apo also predicts that deposed and defamed ex-President Joseph Estrada will run again for the Philippine presidency. Based on current developments when the opposition appears disunited, and on past statements of Estrada indicating that he'll run himself if the opposition will not field a unified candidate, this prediction does not seem far-fetch. The psychic also says the former President will win--something not really surprising, considering how he continues to be mobbed wherever he goes and how various surveys show how the Filipinos view him as innocent of the Plunder charges for which he was convicted.

The startling part of Apo's Estrada prediction is that the defamed Philippine President will be assassinated by a group who cannot accept his comeback in Philippine politics. Such a scenario would not come, however, before Gloria Arroyo herself, the incumbent who grabbed power from Estrada, and who is widely believed to have cheated opposition standard bearer FPJ during the 2004 elections, becomes subject to an assassination plot after she steps down in 2010.

Apo has more to say, like the Philippines doing an Atlantis (translation: will sink deep into the ocean bottom) if the Filipinos don't reform as a nation--whatever he means by that. His other predictions are still far fetched in time, so for the moment, my focus is on his short-to-medium term predictions. Are Apo's "predictions" accurate, just silly figments of imagination, or simply hoax material?

Frankly, I find Apo's predictions very bleak and rather belonging to the doomsdayers' stuff. I've been tempted to dismiss them as crazy stuff had I not reminded myself that this same Apo told me some six months earlier that Obama would prevail over Hillary Clinton in the primaries(much to my violent chagrin because I was hoping for a Hillary-Obama Democratic ticket). Ever the rational yet open-minded fellow that I am, I think I'm going to wait and see.

The US elections are a done deal. Obama wins. Now brace yourself for the determining figures: Obama's 349 vs. McCain's 163 electoral votes, out of a total of 512. Next, do your math. Final tally reveals that Obama got 68.16%, over McCain's 31.86%. In approximate terms, the resulting difference is one-third, or in exact figures, 36.3% electoral vote lead.

Are you getting the shudders now? Apo predicted about one-third Obama lead, which I wrote as "approximately 33 percent lead over Mccain." Given that the Apo meant the figure as an approximation, I say this part of his predictions has been "proved" right: so accurate that if it is off, it's just by a only around 3.3%. I've been sort of hoping that the final figures would be far away from Apo's predictions because if that were the case, logic would dictate that the rest of his morbid foretelling would be wrong as well.

Unfortunately, that ain't the case. I'm starting to wonder whether former First Lady and Senator Hillary Clinton never really stood a chance against Sen. Barack during the primaries. Has Obama's victory been long written in the stars? I mean, long been fated, and inscribed on the Akashic records by Nostradamus?

There's one "heavy" part of Apo's prediction that I opted not to include because it was so "negative" of a future America. I've decided to append this deleted portion in the aftermath of Obama's victory because it should look good contrasting with the future policies of the US President-elect who campaigned on a mantra of liberal, progressive change, Here it is:
"Under the Obama presidency, America will show its true color, evil color."

How Americans, or the US, can be so wicked as described in the prediction is beyond me. I'm thinking it may have something to do with what the Apo himself described as the materialist course Obama is supposed to lead his country into. The world knows America to be a bully and even actual colonizer in the past but for it to be termed "evil" sounds like an exaggeration.