Foreign Powers Coercing the Filipino Masses for a Noynoy "Presidency"? 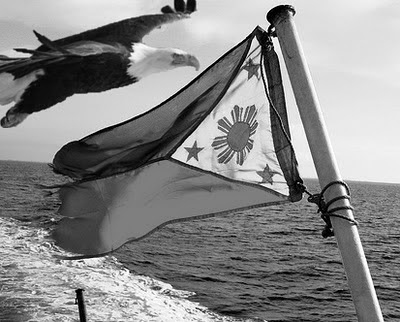 THE history of the Philippine Islands is a rather pathetic and protracted story of foreign domination. Some four centuries since the natives were first subjected to colonization, the aftermath of the May 10, 2010 presidential elections shows a much more subtle and different assertion of hegemony upon the Filipino masses. In an astounding breach of diplomatic protocol, the ambassadors of the powerful countries led by, who else, the United States, are paying courtesy visits to front runner but far-from-proclaimed Sen. Benigno Simeon "Noynoy" Aquino III--this, amidst allegations of massive automated poll fraud. 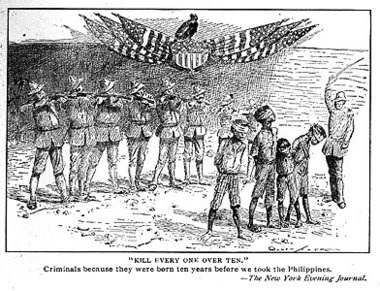 From the time, at least, that the Spaniards began the colonization of the archipelago some 400 years ago, Filipinos have never been quite able to entirely free themselves from the yoke(s) of foreign domination even after its two episodes of "Independence" half a century apart. Controversial historical figure Emilio Aguinaldo declared the Philippines independent on June 12, 1898, only to be invaded by the then-emerging imperialist power that was the United States. After a brief period of Japanese Occupation, the Bald Eagle nation regained control. Soon, it granted the Filipinos "independence," but with usual help from the coop-ted elites, was able to extract burdensome neo-colonial deals, most infamous of which were the Parity Rights Agreement and the RP-US Military Bases Agreement.

From then till now, American de facto influence has never really left the country, influencing Philippine foreign policies, apparently being involved with the killing of nationalist, anti-Bases Senator Claro M. Recto, and simply meddling in internal affairs in other ways, sinister and otherwise. Perhaps, the most obvious expression of continuing US influence, if not control, over its former Southeast Asian colony is its traditional say over who will sit as Philippine President. This fact is most dramatically seen in the covert campaigning of the Central Intelligence Agency for the presidential bid of then-Defense Minister Ramon Magsaysay and in the US role in the forcible exile of President Ferdinand Marcos to Hawaii during the 1986 "People Power" revolt. 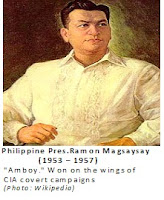 America's flex of its hegemonic muscles over the country is being seen once more as it subtly twists the Filipinos' arm into blindly accepting Aquino as the next "President." How to? By conspicuously expressing its biased and improper show of support for their incoming 'puppet' of choice well before Congress has done its job of canvassing the votes and settling the issue of electoral credibility.

The media has eagerly reported on how Noynoy Aquino has led second front runner ex-President Joseph Estrada by a wide margin in the tabulation of the election results beginning from the early hours of the quick count, hailing the recent elections as swift, orderly, and credible. As reports of poll irregularities and fraud came in, the yellow media began carrying stories of electoral fraud, albeit with begrudging reluctance.

At any rate, Noynoy Aquino of the Liberal Party has not yet been proclaimed president-elect. In fact, it is a big question whether he will indeed be proclaimed by Congress, given the many reports of irregularities and fraud allegations at the presidential level in the country's first national automated elections.

How is it then that the new United States Ambassador to the Philippines already paid courtesy call to Noynoy Aquino? Congressional canvassing has only started yesterday but a week earlier, Harry Thomas Jr. met with Aquino in his house at Times St. Funny thing is, the development came amidst the recognition that Aquino is, at best, only "President-apparent." 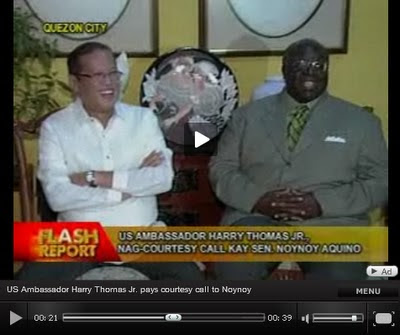 Why should any foreign government render a premature courtesy visit to a presidentiable who has not been proclaimed by Congress and whose apparent lead in the poll tabulation has been marred by serious questions on the integrity and credibility of the recent automated electoral exercise? That is, if the former colonial master is not subtly bamboozling the local population into accepting Noynoy Aquino as the presidential winner, and to hell whether the elections has been rigged.

This (un)diplomatic action of the US smacks of foreign meddling because it is an affront to the Philippine Congress that was, at the time of the courtesy visit, hearing statements on the reported massive electronic election fraud. Was the US sending signals to Congress that Aquino is their chosen man so legislators better proclaim him?

The same diplomatic faux pas has elicited a defiantly patriotic reaction from Nicanor Perlas, one of the presidential contenders who have admitted to their defeat but chose not to concede to Aquino amidst the many reports of automated poll irregularities and fraud. In his Facebook account Perlas remarked: "US congrats for Noynoy premature. Congress has not declared Noynoy as president. Media spin wants Pinoys to accept US judgment. Why? Are we under the US?"

Besides, just what if, based on widespread electronic fraud, Congress decides there was failure of elections and thereby calls for a run-off polls, with Estrada emerging the victor? Wouldn't that be so embarrassing on the part of the US having paid courtesy visit to the wrong president-elect? So why is the Bald Eagle nation risking a diplomatic faux pas of sorts by being much too supportive of Aquino?

The truth is that there's hardly any question that Aquino has the blessings of good old ex-colonial master Bald Eagle. During the election campaign, Sen. Edgardo Angara actually advised Aquino against "social meetings" with foreign diplomats. Certain officials of the US embassy, in fact, had actually sought meetings with key members of the Liberal Party standard-bearer's staff as Aquino himself admitted that he met with former Ambassador Kristie Kenney.


American Interference in the 21st century

Apparently as if on cue from the US, Japan and China followed suit, paying courtesy visits to a man who has not even been proclaimed Philippine's next President and whose apparent electoral victory is in serious question. So why are these powerful nations sending their ambassadors to openly (and with partiality) support Aquino amidst the brouhaha over automated "Hello Garci"? Meddling again? 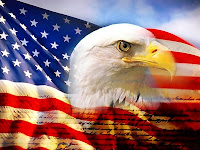 Isn't it basic international political correctness to wait for the official settlement of a contest, especially if a dispute is involved, before extending any congratulatory message to one of the competing parties? Isn't it diplomatically obnoxious that the US ambassador, along with those of China and Japan, paid Noynoy Aquino a well-publicized courtesy visit at this time?

By making its ambassador pay courtesy call to President-apparent-cum-possibly-Presidential-cheater-apparent at this time, isn't America subtly twisting the arms of the Filipinos to stop questioning the validity of the recent presidential elections?  Showing partisan preference for Noynoy is an insult to Philippine sovereignty. Unless, of course, the country has never really been truly free. Free but not quite free of meddling hands….

Presidential candidate JC De Los Reyes, another admitted "loser" in the elections who withdrew his concession to Aquino following reports of automated poll fraud, shares Perlas' sentiment, remarking in his Facebook account that the American ambassador should have been "'diplomatic' enough not to preempt the process."
____________