Something the Philippine Yellow Media not telling us about the 2010 Elections? (Part I)

THE May 10, 2010 elections, the first automated nationwide polls in the Philippines, have been widely reported to be successful, orderly and honest. Recent developments, however, seem to indicate that there is something about the elections the yellow media ain't telling the Filipino people. For one, international observers have been reported to have been 'shocked by fraud, irregularities, and violence.'

Here's the video of the press conference by the Peoples' International Observers Mission--foreign delegates  made up of academicians, lawyers, law students, journalists, social workers, union organizers, church workers--that documented specific fraud and violence cases in some of the country’s hot spot areas during the polls.

In 10 years of monitoring elections, I've never seen this level of irregularities and fraud that I witnessed on Monday.

- Radhika Sainath from the United States


Last May 10, teachers were scrambling to put together the vote in the face of a skeletal infrastructure provided by Smartmatic....


I'm an old woman. I've voted in elections for years. I've served on election boards in my community. What i saw in Payatas was the truly inspirational power of the human spirit of the Filipino people. They eagerly lined up for the 7 am opening of the polls for what they thought, what they had been told, was a planned smooth, orderly process but which became increasingly chaotic as the day dragged on and on and on till 7 pm, and for some, they stayed in schools way after midnight to ensure that the ballots got transferred. If there's some ever grand design for a smooth, worthy election process, I did not witness it here....

The foreign observers' reports come amidst the refusal of three of the tail-end but just about the most beprincipled of the presidentiables to concede defeat to Sen. Benigno Simeon "Noynoy" Aquino III, the current frontrunner in the unofficial as well as  Comelec counts. Nicanor "Nick" Perlas, Sen. Ana Consuelo "Jamby" Madrigal, and JC De Los Reyes have put up a united front. 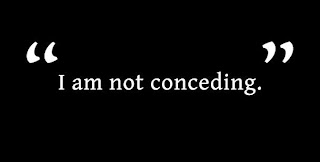 Perlas made a very strong statement why he is not conceding to Noynoy Aquino in his May 12, 2010 press statement:

I am NOT conceding because, at this point, Aquino does not have a clear mandate. He is not yet the undisputed winner of the elections. Joseph Ejercito Estrada may eventually surpass Aquino. Even if this does not happen, Aquino’s potential mandate remains indeterminate due to the partial failure of the automated election system (AES). The AES may have prevented as many as 5-8 million Filipinos from voting. It is premature to say that the elections were fair and honest. Fast returns? Yes. Relatively peaceful? Yes. But accurate, clean and honest? Doubtful.

(Complete Nick Perlas Press Release here)
Kapatiran's JC De Los Reyes was a shocker when he withdrew his early concession to Noynoy Aquino. He makes no illusion that he will ever catch up, but only wished to expose the apparent poll fraud. He says on Facebook:

i am not claiming to be a winner, not at all, but I am not a loser...now I will be, if I cannot even protect the small but valuable votes that are due Ang kapatiran in the midst of all the supposed success of a supposedly clean and honest elections. Do we really think we could have that H.O.P.Elections, free from sophisticated election operators?

JC cites what he viewed as improbable statistics with regards the votes he received:


Here comes the shocker "PCOS". As of May 11, my hometown of Nasugbu canvassed 11,894 votes in my favor.Too small even, considering the excitement my candicacy generated; everyone get out to campaign. As of May 12, the Comelec Official canvass reported the Batangas votes showing 47 Nasugbu votes in may name....

The devil is in the details! Statistically impossible to have 39k votes. It defies common sense! Just when I thought I did what I should for the nation, God might be calling me back to the war front...now with jamby, nicky, hopefully Gibo, Dick, Eddie... lahat sana sila!!!

Sen. Madrigal equally makes rather bold statements that raise the probability that poll fraud marked the presidential elections. She questions how a disqualified candidate like Vetellano Acosta even got more votes than her. She says that the compact flash (CF) cards used in the first automated elections " may have been preprogrammed."

Madrigal adds that while Sen. Manny Villar is her political enemy, she suspects that he might have also been victimized by the 'pre-programmed' flash cards, which could have been programmed to read more votes when it was pulled out to be reconfigured days prior to the elections. She also cited how a certain candidate received 99% of all votes in a town in Montalban--an impossibility she said that further shows something was really wrong in the elections.

We have received alarming reports and complaints from a growing number of voters who attest that their choice of candidates in the May 2010 election have not been properly registered or counted by the PCOS machines. They claim under oath that in the precincts where they voted, the election results show a much lesser number of votes obtained by Bangon Pilipinas candidates than the actual number of votes cast in their favor. They also claim that the PCOS machines in their clustered precincts do not provide them with any receipt, record, documentation or any other visible means of verifying the registration of their choice of candidates, thereby clearly violating the requirements of the law and the Constitution. These complaints which could ultimately involve millions of voters are matters of great and urgent national importance because they impact on the right of suffrage of the citizenry and constitute a grave threat to Philippine democracy.

(Rest of Bangon Pilipinas Press Release here)
Several weeks before the elections, Sen. Jamby Madrigal warned against the hurried implementation of the automation because she feared an electronic "Hello Garci" could effect an automated repeat of the presidential poll fraud of 2004. With the recent 'evidence' of apparent election cheating, she asked the media to stop making it appear that all's well in the recent polls.

So why is the yellow media making it sound that the results of May 10, 2010 elections are something the Filipinos should simply swallow with faith and live with? What is it that the yellow media ain't telling the mainstream?

I am NOT conceding. Nicanor Perlas Site. 12 March 2010. http://www.nicanor-perlas.com/News/i-am-not-conceding.html

Press conference by the Peoples International Observers Mission on the conduct of the 2010 elections in the Philippines (Video). http://www.ustream.tv/recorded/6873834