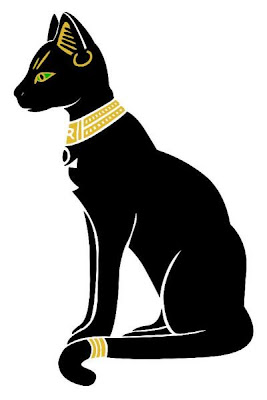 Of all the animals that roamed the earth, cats perhaps form the species associated with the most exotic, regal and most number of myths and superstitions. Cats became no less than objects of worship during the time of ancient Egypt, with domesticated cats being accorded the ultimate respect of mummification followed by cemetery burial. In Europe in the Middle Ages, cats suffered three centuries of persecution, including summary killings and torture, borne out of their association with witches and witchcraft. In the 17th century, cats regained public favor when the court under French Cardinal Richelieu began the trend of keeping them. 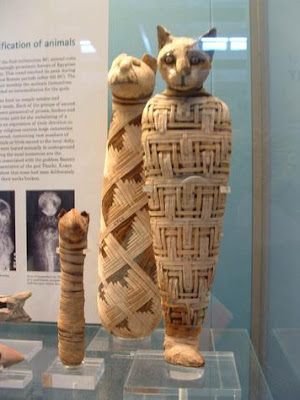 Today, superstitions such as a black cat crossing the path of a person as bringing bad luck, and myths, such as these feline creatures having nine lives, survive. In Asia, one of the fascinating cat myths has to do with its males or tomcats. The myth concerns the belief that tomcat sporting furs of three colors, and which survive into adulthood, get to reign as "king" (presumably of a territory it is able to roam). 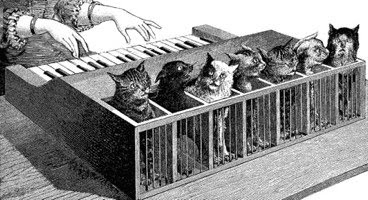 This cat myth is still told in parts of the Southeast Asian country, the Philippines. Incidentally, the Philippine archipelago, is a former Spanish colony named after King Philip II under whose honor was invented the cat organ, a public musical-cum-torture instrument wherein boxed cats were made to howl (in pain) as their tails tied to an organ keyboard were jerked with the pounding of the keys.

This king tomcat myth has a rather grim component. Supposedly, so that cats (or male cats only ?) would not have to be burdened by the future rule of a king cat, adult male cats kill, nay, murder, all male kittens with three-colored coats. Animal grim and really fantastic-sounding.

I have lived with cats and dogs around since I could remember. Ours was the typical Filipino family that nurtures pets as driven by both utilitarian and companionship perspectives: dogs are bantay (guards) against intruder as cats are against, well, rodents. Amidst this animal-friendly environment, this tomcat story became a fixture in my mind. Well, at least ever since my father and siblings figured I was old enough to comprehend stories. 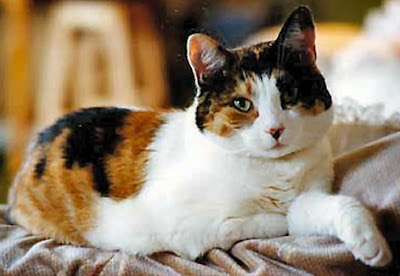 Even at a young age, such a story sounded like a tall, leaping tale to me. I was perhaps of pre-school age when I began dismissing the tomcat story as incredible--despite the seemingly serious countenance of my father from whom I remember first hearing the oft-told story. How could cats know all that? How could cats know the idea of a king? More incredibly, how could cats know a king based on an outside feature--something like based on one's clothes (or skin color)? In adult terms, what my young mind was basically saying was that such a tomcat story couldn't be true because to believe so would assume that cats have a sophisticated culture that takes care of the process of social order. It assumes that elite cat dominance is based not on the usual "physical might is power" but rather, on a summary selection process that is both racist and sexist.

Of course, as I entered schooling years, I came to "recognize" the story as a superstition, an animal myth. But stories around the tomcat myth persisted. I heard more than once that rich fellows are able to keep three-colored male kittens alive to adulthood by caging or enclosing them as a way to protect their special pets from murderous feline attacks. Convinced that the story is nothing but "superstition," I did not bother with finding out its veracity or otherwise. I soon lived, grew up and matured without giving any further thought to this male cat myth, although I must say that I don't think I have ever seen a tomcat with three-colored fur (supposedly, any color combination) in the neighborhood. 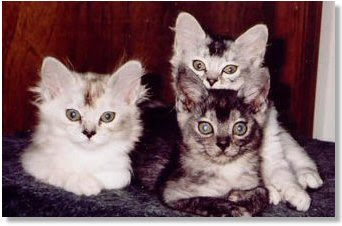 It would take some three decades later before this tomcat king story would be resuscitated in my mind. One early morning a few years ago, my husband and I went to visit my parents' grave nearby while our kids were still asleep. I remember that I left the backdoor open because we only planned to stay in the cemetery for a short while. Coming back, we were surprised by the sight of one of the newborn kittens of our female cat lying dead on the floor near our old sofa chair.

A few days earlier, our female cat with a three-colored coat had delivered a litter of 4 (or 5?) kittens to nurse, and subsequently brought her babies to the space underneath the sofa through a torn part of the leather upholstery. Fearing the worst, I stooped down to push the torn leather and to check underneath. What I saw was almost something straight from Discovery Channel's features of murder-capable animals such as lions and chimps. All of the kittens--all of which had similar three-color patterns as their mother--were dead and all of them had blood and bite marks on the neck. 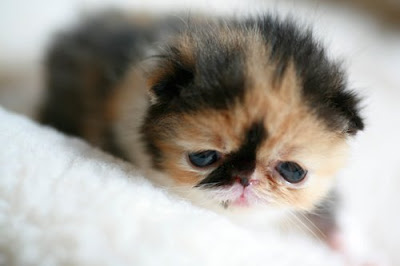 It was a ghastly sight, but which jolted the tomcat story out from the deep recesses of my memory. Blurting out the possibility of the truth of a three-colored future cat king, I asked my husband to check out the sex of the dead kittens. He checked out at least three of the four and reported that two were males. Putting two and two together, I remembered a big white tomcat circling around some two days earlier. Oh dear, I cried. So the tomcat story is true!? Cat murder and the feline king tale seemed definitely real at that point. For a time, I blamed myself for forgetting to lock the door through which the "wicked" tomcat probably got in. 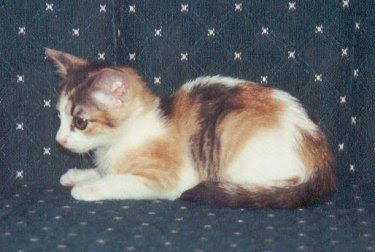 Searching for answers to mystery, I scoured the Internet using <"cat myth" three colored> and , and other combination search words. It was then that I learned that male cats are sometimes capable of murdering kittens they did not sire--much like lions often do. I also learned that cats having furs with three colors are called Calico cats and that Calico tomcats are biologically rare. More than ninety percent of the time, Calico felines are females because fur color is a sex-linked trait, specifically linked to the X chromosome of which female have two while males only have one. Calico males are a rarity and tend to be sterile.

Is the kitten murder solved then? The question is whether the scientific explanation satisfies the incident. Firstly, on account of the culprit suspect tomcat, we can never be sure but the scenario is possible because I did leave the door open for the murder. On account of the Calico kittens, there were at least two males in the litter, with all of the kittens in the litter having three-colored coats. 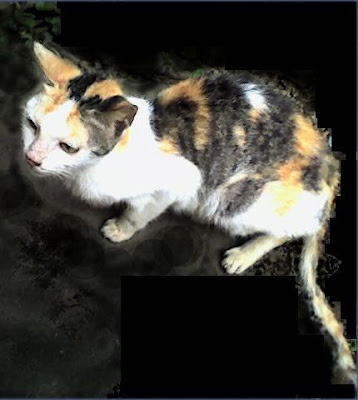 Were the kittens murdered by the sex-craving of a tomcat, or because the litter contained future cat kings then? That feline beast possibly did want to mate with my female cat and to make her sexually receptive, conveniently killed her litter without animal remorse. Then again, such seemed a one-in-a-million incident because I'm certain that what happened to those poor three-colored kittens was the first ever case of feline murder in our household (out of the many kitten litters our female cats have given birth through the decades). The set of kittens was also the first case of a pure Calico litter and male Calico we ever had. My husband swears that he checked for the gender and saw at least one--for certain, but perhaps at least two--of the murdered Calico kittens was male. Too much of a coincidence, or a plain coincidence? Did the Calico litter killing spring from murderous sex craving, or from a cat culture humans are unaware of or unwilling to recognize?

I must admit I find it tempting to view this story of the feline murder of the Calico litter as a case of anecdotal evidence for the tomcat king angle, as much as an unfortunate cat story explainable by genetics and a not uncommon behavior among male members of the cat species. To hold on to the tomcat king myth amidst scientific and plausible explanations is, of course, ridiculous. Nonetheless, the myth showcases the fascinating literary creativity and ingenuity of the early Filipinos in explaining the rarity of Calico males.

Is it true that cats with three colors have relatively shorter lifespans than those that have one color or two? http://www.answerbag.com/q_view/447758

Why most calico cats are female? http://catfactsparadise.blogspot.com/2008/03/why-most-calico-cats-are-female.html

Thanks admin
you have good post and nice blog
and i want to visit and subscribe to my blog Ancient Egypt Religion and Ancient Egypt Timeline
thanks a gain admin ,,,