The Luck of Sarah Palin... and the Feminist Push in Patriarchal America 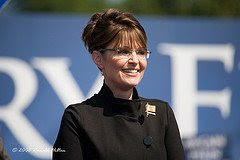 The selection of Sarah Palin as the running mate of Republican standard-bearer John McCain for the November 2008 presidential elections generated such a phenomenal reaction that it is credited for the surprising come-from-behind lead of McCain over Barack Obama in the various election surveys. How Palin spelled magic for a discredited party identified with a much discredited incumbent president is significantly explained by two broiling feminist issues that have come of age in patriarchal America. Just what are these? Well, within the context of a 250-or-so year-old nation never having known what it's like to have a woman president or VP, it's the Alaskan governor's gender, and the sexism that derailed the democratic nomination of the first viable female presidential hopeful. 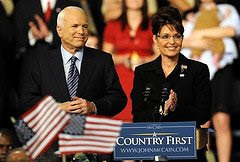 Judging from what the media has published, Palin's candidacy took the American nation by storm. Right after McCain's announcement of his vice-presidential choice, the liberal pro-Obama media largely went on a frenzied attack of Palin. Even social networking sites were not spared: a columnist of MSNBC's Newsvine lamented the "absolutely hysterical reaction" of his "lefty" colleagues over the choice of Palin. Under normal circumstances, the selection of an obscure governor from a far-off state (a woman at that, perhaps some will say) as the running mate of an underdog Republican presidentiable would have only meted a shrug in the shoulders from commentaries and at worse, ignoring scorn from the largely liberal media. In spite of, or perhaps, because of the rather perplexing media outcry against the choice of Palin, public opinion switched to the side of the Republican tandem as the election surveys saw Obama slipping to trail McCain again.

Why the huge media pounce on a national political unknown? Could it have been that the media forgot that Gov. Palin is a virtual unknown? Or is the furor derived from the realization that the McCain camp has wisely capitalized on the intense but glossed-over disenchantment of women/pro-women voters over Hillary's loss? Does the media, seen to have favored Barack Obama over Hillary during the contentious Democratic nomination campaign, fear a women's backlash against their candidate of choice? 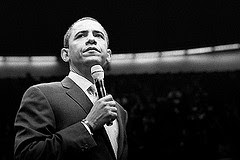 What transpired during the last couple of months since the nomination campaign period began for the Republican and Democratic parties were far from ordinary. The final contenders during the Democratic primaries each presented a historic bid to be the party's standard bearer for the coming presidential elections--a (white) woman and a black man. That bid was of course won by Barack Obama, the first ever African-American man to become a presidential nominee in American history. Worth noting is that the historic democratic primaries race won by a black man has been one of the most colorful, contentious and divisive in recent US history. Amidst the pronounced support for Obama by a liberal press practically mesmerized by his mantra of change, often muted but persisting voices have charged how the Hillary campaign suffered under the bashing of sexism and misogyny. 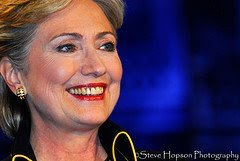 Thus, Palin's candidacy came on the heels of the historically prominent bid of Hillary Clinton to become the first viable US female presidential candidate ever--all 250 or so years after the original 13 colonies broke away from British stranglehold to revolt and form the Union. The Republican Party is well aware of this, as Palin echoed Hillary's words during her acceptance speech. Palin bellowed how "Hillary made 18 million cracks in the highest, hardest glass ceiling in America. But it turns out the women of American aren't finished yet, and we can shatter that glass ceiling once and for all."

Republicans capitalize on the patriarchy issue

The surprising choice of Palin as the running mate of the Republican standard bearer McCain reflects just how much the feminist voice has impacted on US politics. Palin's selection and the earlier Hillary spurn are a puzzling development in how the Republican and Democratic parties deal with the feminist issue of breaking the White House glass ceiling. The Democratic Party has long been seen in America as the party that champions the advancement of women's rights. Yet, with the results of the recent presidential nomination campaign, the party miserably failed to field history's first viable U.S. female presidential hopeful as its standard-beare--and not even as VP bet. 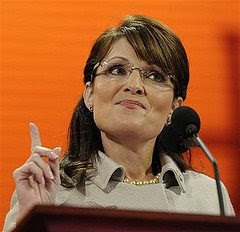 On the other, the Republican Party is supposedly notorious for embracing the likes of Anna Coultier who prefers stripping the female sex of just about every human right possible. If the anti-feminist image of the Republican Party were true, what then explains the choice of Palin as McCain's running-mate? Perhaps the best explanation for the Palin pick is that the edgy, if not defensive, administration party--which suffers from the malaise brought about by George W. Bush's botched presidency--sensed that Hillary's failed bid fanned the smoldering clamor for a woman presidential or vice-presidential candidate among female voters. 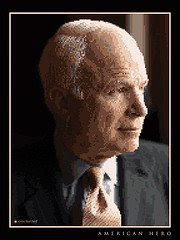 The "18 million cracks" refers to the number of votes Hillary obtained during the primaries--seen to be largely disaffected by Obama's nomination victory, and his subsequent act of spurning Hillary as his running mate despite suggestions from Hillary's supporters and even feelers from the Clintons themselves. These are the Democratic votes the Republican seems to want to win over, among others. After it became evident that Palin has carried McCain's campaign towards public favor, Palin in an interview made a remark that apparently calls the attention of pro-female voters to the blunder of spurning Hillary. "I think he's regretting not picking her now," Palin said of Obama's VP choice. In choosing a woman--a fiery Palin--as his running mate, McCain perhaps wisely thought of how party loyalty would not probably matter to Democratic voters so long as the 2008 elections produce the first ever woman candidate to shatter the American VP glass ceiling.

No turning back to male monopoly of power 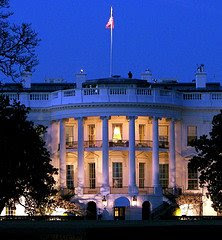 Very recently, the issue of unsound economic policies of the Republican Party that came following the collapse of Lehman Brothers and the crisis threatening AIG insurance seems to be overtaking Palin's phenomenal boost to McCain's campaign. The recent September Gallup polls results show Obama regaining a slim edge over McCain, as the Republican team tries hard to disassociate themselves from the Bush administration. At any rate, even if the McCain-Palin ticket does not actually win come November, so long as the final tally comes anywhere a close call, American society will never be the same again. More specifically, it will never be as patriarchal again. There's simply no turning back the gains obtained from the feminist push Hillary and Palin made during this electoral period. Of course, Sarah Palin is no Hillary Clinton, with feminist author Gloria Steinem noting that the only thing the former shares with the latter is the female gender. To those frustrated by generations after generations of male monopoly on power, though, any woman U.S. Vice-President would still carry the elusive message that the female can win the White House. 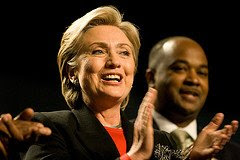 It is Sarah Palin's luck that half of the Democratic Party opted not to allow Hillary to break the "highest, hardest ceiling of them all" and that Obama subsequently spurned Hillary as his VP running mate. As well, it is Palin's good fortune that John McCain is either politically cunning or progressive enough to heed the clamor for a woman leader of America. In case the nearly impossible happens and the Republican Party wins the 2008 elections, thanks mostly to the Palin fever, history will credit Hillary Clinton for being the thwarted but first viable female presidential candidate who paved the way for the first successful female vice presidential nominee of America. 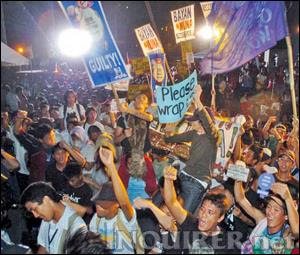