Musings on the First Female President Lost in a Patriarchal America

As the prospect of the first female United States president seems to be going down the drain, with the Hillary Clinton campaign faltering, while the possibility of the first black president looms, with Barack Obama getting closer to clinching the Democratic presidential nomination, one wonders whether there is more to the campaign than the usual workings of political forces and the strength of the candidates' charisma or personality.

One thing that stands out in the Democratic nomination race is the fierceness of the campaign between Hillary and Barack--a level perhaps not seen in many decades. Actually this fierceness is more of 'extremes'--rather lopsidedly in favor of the one with the current upperhand. What are these 'extremes'? Simple, these are Obama mania and Hillary bashing.

While the supporters of Obama can speak endlessly of the virtues of their candidate and of an Obama presidency, the raging Obama mania can't justify nor explain the severity of Hillary bashing ongoing in America and the media. Just a cursory view of news headlines on the American political scene gets across the image of Hillary as one punching bag figure. Her political statements, views and record must have earned her the bashing. But to what degree? The fact that she started strong in the democratic nomination campaign must also account for the fierce anti-Hillary propaganda. It is but logical for the Obama adherents to launch a demolition campaign with the strength level corresponding or exceeding that of the opposition.

Barack's strong charisma and youth appeal are of course advantages over Hillary but do these significantly account for the denigration of Hillary and the magnification of her negatives? Admittedly, Obama's rhetorical advantage is a big factor. On the other, Hillary's performance as former First Lady and as senator are not actually bad either. Something to do with their public service records? Nope, because not one of the two has the monopoly of integrity problems. The wide difference in policy platform perhaps? Judging from the socialist tones in some of their speeches, both seem to have good, populist tendencies so that can't be it. 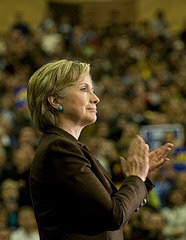 The fact that America, the supposed bastion and protector of Western-style democracy, never had a woman chief executive nor even a vice-president in all 200 or so years of existence might explain a culture that does not tolerate or welcome female leadership. A number of countries in the Eastern part of the globe that had been influenced by democracy in the 20th and 21st centuries have already produced women leaders. It's been puzzling for outsiders why America has yet to taste the presidency of a woman, even as it has been conveniently using the rhetoric of democracy to pursue major international interests.

A possible Obama win in the November presidential race should be, without a doubt, also a good thing in so far as giving another disadvantaged sector of the American society a leadership voice. The black Americans, after all, had to go through a lot before attaining some level of equality with the whites and other races in society.

Black men got the vote first than the women, white & black 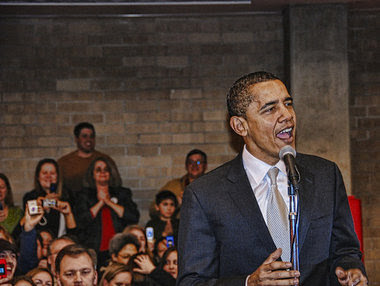 Of course, this amendment virtually did not apply in the Southern states that employed voter intimidation, grandfather clauses and even poll taxes to disenfranchise the blacks. The fact remains, however, that within the constitutional framework, the black vote did come earlier than the women's vote. 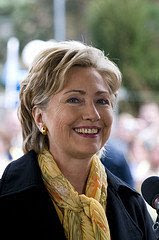 If the magnitude of the Hillary bashing and/or bias is to be the indicator, it seems that women are in for a long haul. It could very well be that history will repeat itself not in terms of voting rights but rather on which underdog sector of American society will first send a representative to the White House. As the black men got the vote first, the first black U.S. President could come before the first woman President.It took half a century from the passage of the 15th Amendment before the 19th Amendment granted women voting rights. How long the waiting for a woman U.S. President?