LAST night, I had a dream about President Joseph "Erap" Estrada. It was a most unfortunate dream: he was killed not by assassination--a threat of which I suspect was behind his decision to support the HOCUS PCOS "President" Benigno Simeon "Noynoy" Aquino III--but by deliberate food poisoning. After his death, it seemed much of the Philippines' opposition was silenced. 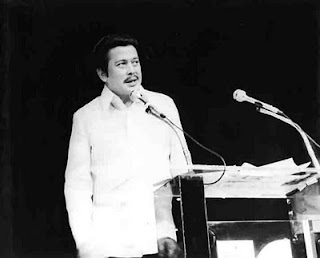 1990s Dream of Erap
This is not the first time I dreamt clearly of Joseph Estrada. During the early 1990s when Erap was yet a senator, I had this strange dream of him sitting on a chair, with several dwarves around him, in the stance of a commonly depicted Buddha statue.

Strange because there were dwarves involved. Even stranger because at the time of my very dream encounter of the Erap, kind, I was a vicious anti-Estrada and the idea of him being in my dream world was so repulsive. "Yuk, what a dream. What do I care about that Erap," I told myself. I was back then a Cory yellow, although characteristically not the solid gullible type, and anyone associated with Marcos was no-no for me at that point. Moreover, I was haughty and biased against "mere actors and actresses": I was, I believe now, sort of brainwashed by what I now refer to as Yellow Media.

I must confess that beyond the brainwashing, perhaps I thought Erap was too "baduy" for my taste as I, back then, thought of myself as belonging to the elite--definitely not of the material kind but of the intellectual kind. Objectively, I don't' think I should blame myself for this bias because Estrada projected an image of being not concerned with education. As I now understand, he deliberately cultivated a pronouncedly pro-masa image in his bid to endear himself with the Filipino masses. Explaining the famous, or infamous, Erap jokes that revolved around bad English. 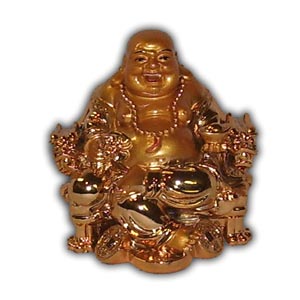 Sometime after President Estrada was deposed by the immoral and unconstitutional EDSA 2, analysts would blame Erap jokes for Estrada's fall from grace. The Erap jokes, consciously crafted, if I'm not mistaken, by the PR firm of Reli German, did bring Erap closer to the masses but estranged, if not further estranged, him away from the all-important middle class. Still, I should have seen through the media bias and realized that a man who was admitted to Ateneo University and Mapua Institute of Technology cannot possibly be dumb. I should have bothered to question the media for portraying an outstanding, long-standing mayor as dumb.

At any rate, Erap won as President in 1998--something I mistakenly thought as most anathema to Philippine political maturity and development. However, when the Estrada Resign Movement began to make noise, that was when I reassessed my earlier virulent anti-Estrada stance. The first thing I noticed was the composition of those wanting him to resign: known dirty political figures wanting Erap to step down on corruption charges?

What are these people, save perhaps for former President Cory Aquino and Cardinal Jaime Sin, really want? "What a joke," I thought: "sinners hurling stones at a sinner." I wouldn't have none of a judgmental, unchristian, ungodly, political persecution. Besides, while I definitely did not vote for Erap, he had the votes of the majority. "Aren't we supposed to respect democracy and its institutions?", I said to myself.
The rest is history. Estrada, a politico I used to hate, was ousted by a conspiracy of opportunists and stupid gullibles: Right, Center, and Left, with many of the latter having picked up an Arrobo stone that they used to hit their heads with [translation: they became unfortunate desaparecidos under the Illegitimate they helped install].

It was during the height of EDSA 2 that I remembered my 1990s dream of Erap. I've been trying to analyze that dream since. Perhaps, the dwarves coiled around a sitting Erap meant he would be lucky to become Vice-President and later, President of the Philippines. But what about his EDSA 2 ouster?

That I again dreamt of Estrada in more explicit terms bothers me. Of course, it could just be plain and simple dream fueled by my frustration over his decision to support the psychologically challenged, zero-zero bill, Gov. Nantes-explosion-implicated, Hacienda-Luisita-massacre-implicated HOCUS-PCOS Yellow Cheat. Or is it?

good info!
thanks for sharing.