THE death of 21-year-old Kemberly Jul Luna caused quite an uproar in the activist and leftist circles. Jul was a popular, charming, merry, and yes, beauteous, true-blue scholar ng bayan with multiple talents and interests from the Mindanao State University (MSU). She died a comrade, a member of the New People's Army (NPA), the military arm of the Communist Party of the Philippines (CPP), during a days-long battle with the military in Sitio Bulacao in Valencia, Bukidnon last December. Her tragic, principled (or ideological?) death made me ponder on the current state of the communist movement in the Philippines.

Called "Kimay" by friends, she was a high school valedictorian from Tubod, Surigao del Norte who enrolled in AB English at MSU. True to the calling of her age, she initially lived what the Philippine Daily Inquirer described as "bon vivant lifestyle" marked by late-night parties. Despite, she still managed sustained academic performance and a host of campus cultural activities. Intelligent, active, party-goer, yet socially involved, Kimay was once a leader of the Catholic Center Campus Ministry and member of the Kalimulan cultural dance troupe until she embraced the leftist perspective.

In February 2008, she became an active member of the League of the Filipino Students. Supposedly, that was the time Kimay "shed herself off of all the petty-bourgeois individualism." By the first semester of school year 2008-2009, she was chosen as adhoc chairperson of MSU's opposition party, STAND-IIT. 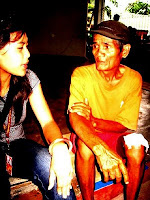 Came second semester and she did not enroll as she completely turned to a very radical path. According to STAND-IIT spokesperson Mark Jason Tan Cesar, "She wanted to serve the poor and she was very resolute. She told us that she wanted to work with the peasants in the countryside. There was no stopping her.”

October of the same year, she bravely took part in uncovering the impact of militarization and indiscriminate aerial bombing of war-torn Tagoranoa village in Poona Piagapo in Lanao. She then engaged in full-time work organizing peasants as she reportedly joined the province-wide KASAMA-Bukidnon organization January of 2009.

In August 2009, she informed friends that she left KASAMA-Bukidnon, saying only that has developed greater love for the peasants with every passing day she lives among them. She became an NPA.

Kemberley was reported missing in mid-December 2009 by human rights group KARAPATAN-Bukidnon Chapter. When her body was found days later, it was already much decomposed and dumped with those of seven other alleged NPAs in the forest of Brgy. Concepcion.

Columnist Herman Tiu-Laurel laments and questions Kemberley's death, saying that "She follows a long line of fallen young warriors over the past five decades which include several of my own friends and comrades. Is this still the right way to fight for national liberation?" 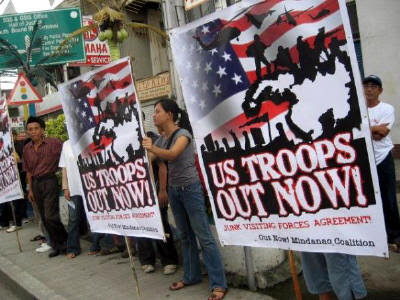 For its part, the Communist Party of the Philippines released a press release saying:


Her martyrdom is extolled as well by the peasant masses whom she intimately lived with and served as a Red fighter and medic of the NPA until her last day... Her life of tireless work and selfless sacrifice for the downtrodden will forever be etched in the hearts of those she loved, worked and died for.

I'm not exactly endorsing the path July chose to take. I do respect her decision because the depth of her patriotism led her to offer and sacrifice her youthful, promising, beautiful life in pursuit of her conception of 'national liberation.'

However, the organization she embraced, the CPP-NPA, the Communist Party of the Philippines of the present time, to my mind, showed itself too flexible principle-wise when it took part in EDSA II--what a foreign media outfit described as "the opportunist coalition of church, business elite and left....". I expected better from Jose Maria Sison's group, as I remember questioning back then why they would even consider joining forces with those of Gloria Macapagal Arroyo and former President Fidel Ramos whom then-President Joseph Estrada wanted charged for the Centennial Expo and other corruption scandals.

While I don't subscribe to any form of totalitarianism, whether left or right, or religious, I've harbored respect not only for the personal conviction and sacrifice of its members but, as well, for the underground organization's principles. Back in 1985-86, the Philippine communist movement was chided for its decision not to support or join the EDSA I (original) "People Power" Revolution. The 'culprit' was its strict adherence to its principles such that the movement was unwilling to compromise enough to accommodate the unified opposition led by Corazon "Cojuangco" Aquino and Salvador "Doy" Laurel.

Arguably, the CPP-NPA should not have merely stayed at the sidelines during the historic 1986 Edsa 1. Definitely, to my mind, the Philippine Reds should NOT have shifted to opportunist mode during Edsa 2 which aimed for nothing but oust the not-entirely-clean but, nonetheless, relatively patriotic and nationalist Estrada.

By taking part in the ouster of the pro-masa and genuinely elected Erap by coalescing with unquestionably fascist and elite elements, the local communists have indicated their dangerous adoption of what can be seen as counter-revolutionary strategy and anti-populist mind frame at will.

Then again, is it possible that the CPP-NPA calculated that a Gloria Arroyo presidency would be more conducive to their goals? Way back before Gloria was able to grab the presidency, she was without question already a fascist, even imperialist agent.

Along with then President Ramos, Senator Arroyo was responsible for Philippines' membership in the General Agreement on Tariffs and Trade-World Trade Organization (GATT-WTO) in 1995. She was also the principal author of what has been called "the most environmentally-hazardous law of the land," Republic Act 7942 or the 1995 Mining Act, which permits foreigners a hundred percent ownership of the country's mines.

Compare Gloria to Estrada, who, despite the latter's agreement to the Visiting Forces Agreement (VFA), nonetheless braved neo-imperialist foreign interests by removing sovereign guarantees on government contracts. Did CPP-NPA leader Joma Sison figure that replacing the rather 'uncouth' but popular and pro-masa Estrada with 'fascist' Gloria Arroyo could speed up their brand of national liberation struggle?

It's been speculated that Arroyo virtually cooked up the October 2008 war in Mindanao to present an excuse to declare Martial Law in the country and extend her term scheduled to end in June 2010. Her administration signed the Memorandum of Agreement-Ancestral Domain (MOA-AD) with Muslim rebels while well aware that such dismemberment of the Republic won't be allowed by the Christian community not only in Mindanao but in the capital. According to an October 2008 Malaya editorial, the MOA-AD is an "elaborate charade... [apparently designed] to provoke the MILF into going back to war as what is happening now" after the Supreme Court TROed the agreement.

A few months after seeing first-hand the horrors wrought on Davaoenos by the Mindanao war , Kemberly advanced from full-time peasant organizing to become an NPA. Wonder if Joma Sison foresaw Gloria's Illegitimacy would turn the 2001 power grabber into a devil-may-care megalomaniac, thus inadvertently serving as a hopefully effective NPA recruiting machine?


Let us pay tribute to Kimay by amplifying the call for student, youth and other activists to join the New People's Army. As the people's revolution gears for greater advances, there is a growing need for more youth and students and activists from the other sectors to sign up as Red fighters, combine with the peasants and workers and contribute to carrying out the tasks of people's war with unprecedented vitality.

It is a fact that the Arroyo administration is credited with the most number of salvagings, desaparecidos, and human rights violations in Philippine history, largely targeting the activists and socialists. Has the Philippine Left been had by Arroyo and Ramos when its members supported the EDSA 2 ouster of Estrada?

Or did Joma, et al. chose to avoid a more progressive administration to advance its “people’s war”? I’ve long harbored the suspicion that why Joma’s group went against Erap and took the side of the clearly fascist (or more fascist) Arroyo and Ramos was because Estrada’s ‘bakya‘ or masa appeal presented a strong competition in winning the masses, whose support they need in order to further their war style towards national liberation.

Of course, I could be wrong. I hope I’m dead wrong.

Then there’s the possibility that neither applies for the 2001 Edsa coup. If I remember accurately, broadcaster Korina Sanchez-Roxas commented back in early 2001 as to what could have possibly brought about Edsa 2, saying something like “It’s as if a cloud of something descended upon the people who took part in it.” It is not entirely impossible that the Edsa II people simply went mob crazy. So crazy they went the side of Centennial-Expo-defensive Eddie, ‘Tabako’ Eddie....

Philippines: CBCP should reject Arroyo along with her Mining Law, environmentalists say. http://www.pinoypress.net/2008/02/25/philippines-cbcp-should-reject-arroyo-along-with-her-mining-law-environmentalists-say/