Why Edsa 1 Is Sacred & Edsa 2, Immoral: A Pictorial Comparison

On the 24th anniversary of the original EDSA "People Power" Revolution (February 22-25, 1986), let's look back and try to compare the historic event with the second "People Power," the so-called EDSA II that primarily took place again in the streets intersecting EDSA Ave., Metro Manila from January 17-20, 2001. 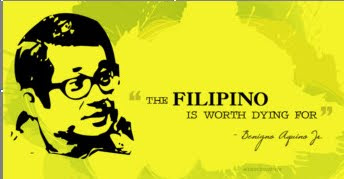 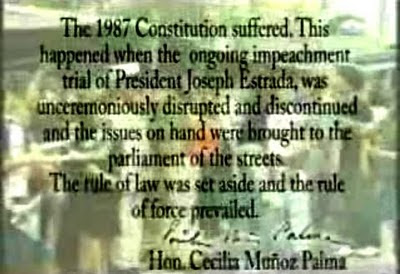 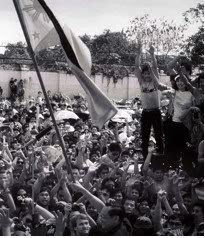 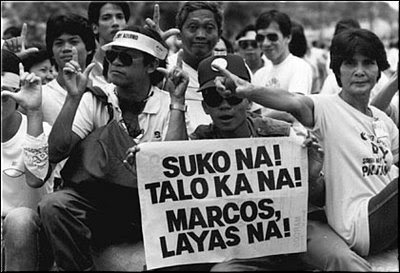 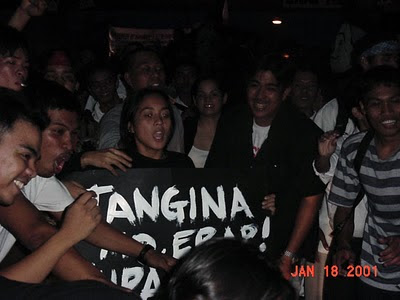 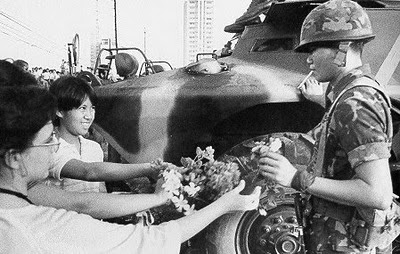 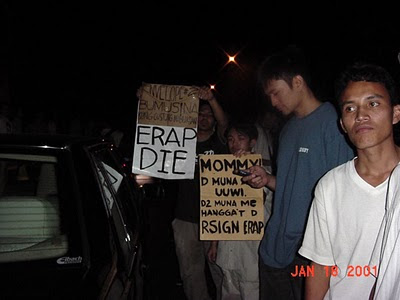 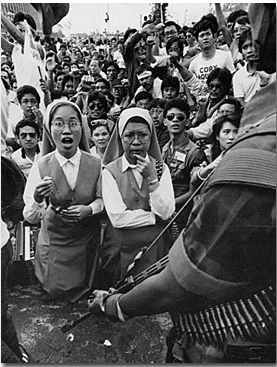 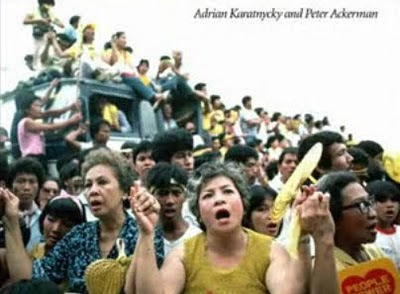 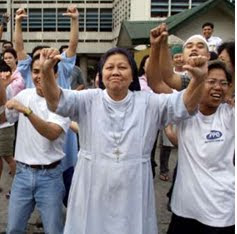 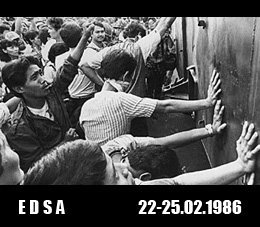 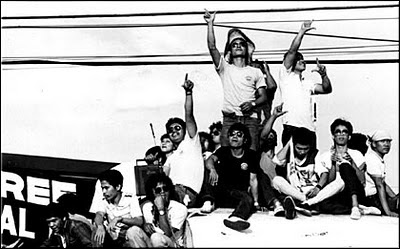 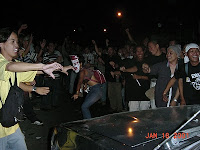 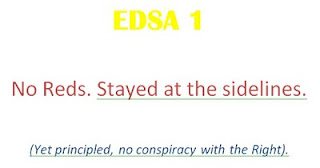 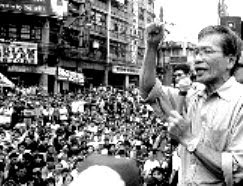 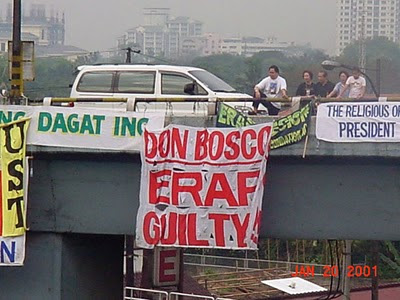 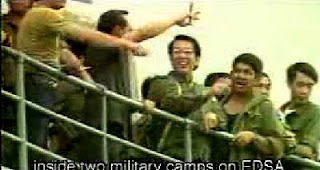 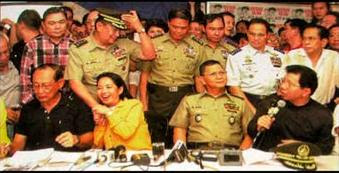 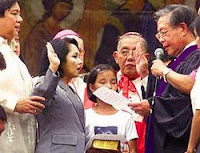 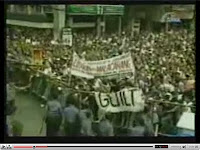 The revolution of EDSA I sure was real. The original EDSA sought the overhaul of government, not just the ouster of one man. The crowd was defiant but respectful; the religious, meek and prayerful, not derisive nor haughty. February 1986 showcased the "People Power" of a whole nation, which well included the simple masses. It was the culmination of years of Filipinos' yearning and struggle for democracy. EDSA I restored freedom in this country. It is sacred.

EDSA II was an impostor People Power. Belatedly renounced by Cory Aquino, the very yellow embodiment of the original EDSA, it was haughty, derisive, bad-mouthed, judgmental, undemocratic, not spontaneous but conspiratorial. The EDSA of January 2001 was a power grab in disguise, which sought nothing but the downfall of a democratically elected President. It showed the power of an educated but gullible, ill-mannered mob of middle class (and Left). It also revealed the guile and the disrespect of political, business and religious elites towards democratic institutions. EDSA II is immoral.

Then there's the unsuccessful EDSA 3 of May 2001, a real revolution that aimed to rectify the fallacy of the EDSA 2 power grab, but which pathetically failed because the elites arrogated unto themselves the exclusive claim to EDSA. Buried in history, its importance was both undermined and misread by the elites and the Left. But that would be another Philippine EDSA story.... 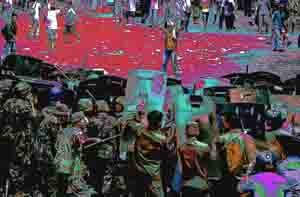 25 Years of EDSA: A legacy of disempowerment, amorality, & greater poverty